The following description of “The Walking Dead” is from IMDB:

Rick Grimes is a former Sheriff’s deputy who has been in a coma for several months after being shot while on duty. When he wakes, he discovers that the world has been taken over by zombies, and that he seems to be the only person still alive. After returning home to discover his wife and son missing, he heads for Atlanta to search for his family. Narrowly escaping death at the hands of the zombies on arrival in Atlanta, he is aided by another survivor, Glenn, who takes Rick to a camp outside the town. There, Rick finds his wife Lori and his son Carl, along with his partner/best friend Shane and a small group of survivors who struggle to fend off the zombie hordes; as well as competing with other survivor groups who are prepared to do whatever it takes to survive.

While this television show wasn’t the highest rated, it got 8.7 of 10 stars from IMDB reviewers. It competes for the top status with other greats such as:

When I watched the first show, I thought it was okay. I liked the filmmaking style, and the locations. The characters were interesting and believable, but I found it hard to believe the concept could be dragged out five seasons (and soon six)! It didn’t take long, however, until I was HOOKED! I don’t have cable so I watched it on Netflix–now I’m anxiously awaiting season 5’s release.

Hershel, we miss you!!

Be safe this summer–take a rider’s course.

It’s common practice to experience your first ride in a parking lot, but taking a Motorcycle Safety Foundation course is a better way to prepare yourself for the most amazing experience warmer weather offers! The skills you learn will last a lifetime, and MSF instructors will educate you with fundamental skills that will make you a better, more competent rider.

To find a course near you: https://dps.mn.gov/divisions/ots/mmsc/rider-training/Pages/default.aspx

“Harley-Davidson riders have attended the Sturgis Motorcycle Rally for decades. This new agreement will help fuel many more years of freedom, independence and rebellion for this iconic gathering,” said Matt Levatich, president and chief operating officer at Harley-Davidson. “Riding is a passion passed down through generations, so it’s important we celebrate the legacy and history of Harley-Davidson in Sturgis, while helping creating new memories.”

As part of the agreement, a permanent plaza will be built on Main Street in Sturgis that will include a stage for events, concerts and even weddings. The year-round location, which will be completed in time for this year’s 75th rally, will be the official Harley-Davidson destination for riders and fans alike. 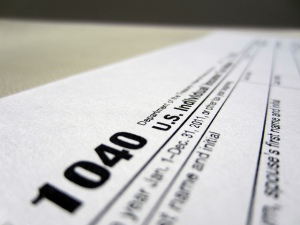 Beware the many scams out there!!! People are being cheated out of their money every day, especially at tax time! Criminals know the right things to say to unsuspecting victims, and often they catch them when they are most vulnerable. Tax time is one of those times. Though the mere mention of IRS can scare most anyone, the IRS would NEVER call you and threaten you!!! Bring your suspicions and questions to reputable tax preparers. In recent news:WASHINGTON — A sophisticated IRS impostor scam has become so widespread that ruthless criminals even tried to bilk the top US tax fraud investigator out of money.

“I myself received one of these calls at my home on a Saturday,” Timothy Camus, deputy Treasury inspector general for tax administration, told a Senate panel Thursday.

The scammers have amped up their attempts during this tax season, preying on Americans’ fear of the IRS and bilking innocent victims out of millions at an alarming rate, Camus warned the Senate Finance Committee.

More about this can be found here: http://nypost.com/2015/03/12/fake-irs-agents-targeted-top-us-tax-fraud-investigator-in-scam/ 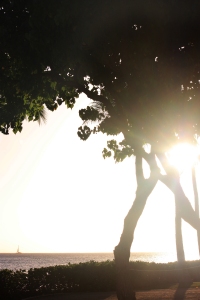 Hey, what is? Or maybe I mean “Whatup?” Or “‘Sup?” Ahhhh….. Ummm…. Hmmmmm…. I guess this is what happens when asked to make a Quick Draft while trying to listen to the teacher while trying to catch up while still thinking about what problems I solved at work today…… And thinking about how warm it was today…. And will be tomorrow…..

Sandals and Warmer Weather Go Together

Hurray!!! Can’t wait for warmer weather! Thanks Debbie for informing us!! 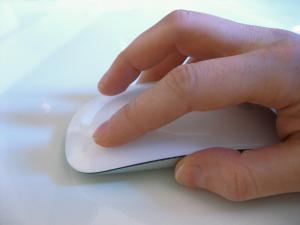 So, my first post was rather boring: Hello World! is not very original. To tell the truth, I didn’t really write that…. The credit for that goes to…. Actually I don’t know who it goes to–I’m going to have to Google that! But the credit for that actually being there goes to WordPress. Thanks WordPress for helping me write my first post! (And greeting the world…).

This is your very first post. Click the Edit link to modify or delete it, or start a new post. If you like, use this post to tell readers why you started this blog and what you plan to do with it.